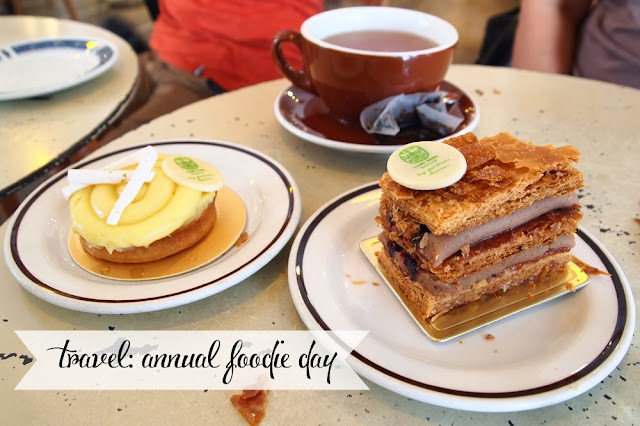 how have you guys been? It’s been quite awhile since we’ve posted a lifestyle post so I thought I’d get one in this holiday!

My family and I.. or okay, to be more specific, my aunts, cousin and I have this annual Foodie Day going on. It only started last year, but I think it’s started to become a tradition. Yes, the name is what it means.. we just go all round the place eating food we like or plain visiting places we seldom or never go to.

Last year, we had brunch at the Botanic Gardens, lunch at Westlake, Tea at Ikea, walk around Haw Par Villa, then ended our night at Chomp Chomp. It was a good day, but we had a car which made it so much easier. This year, we went around on public transport because one of my aunts fell sick.. so we visited lesser places. I hope you guys won’t be too disappointed though! 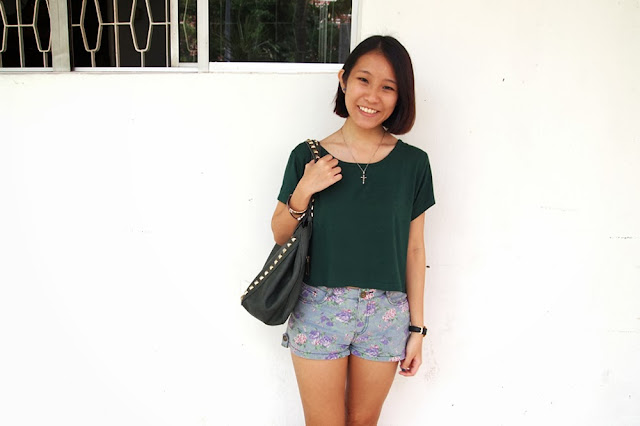 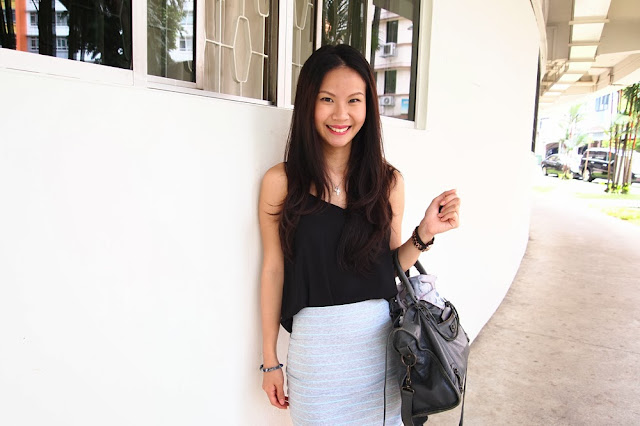 Anyway, here’s the travellers! My cousin and I! Say hi to the cutie! She/s my baby cousin and we grew up together. She’s literally my longest and closest friend, seeing as we have known each other for 21 years hahaha. My two aunties came along as well but they did not want to be in the photos, or rather I felt that it might have been slightly weird for them since they’re rather private people. 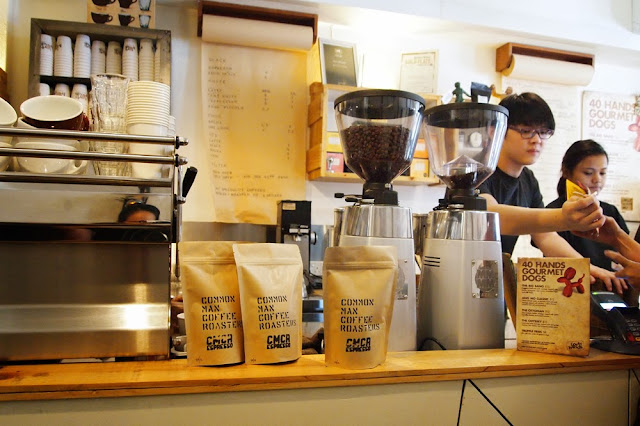 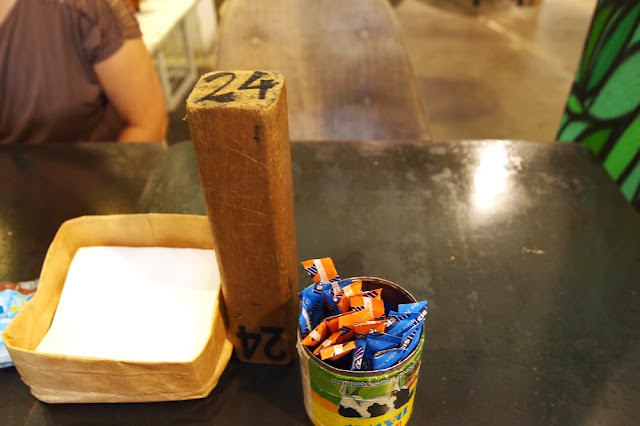 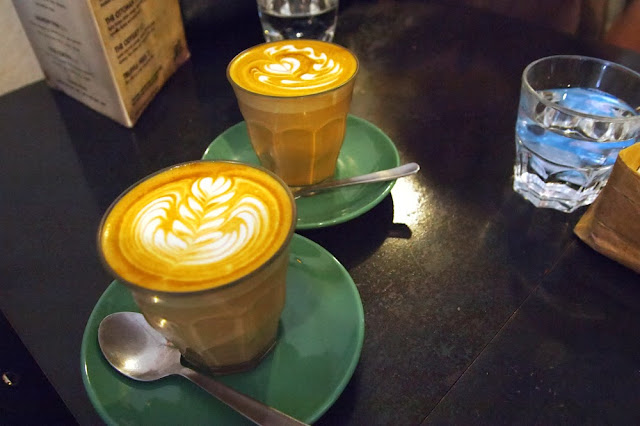 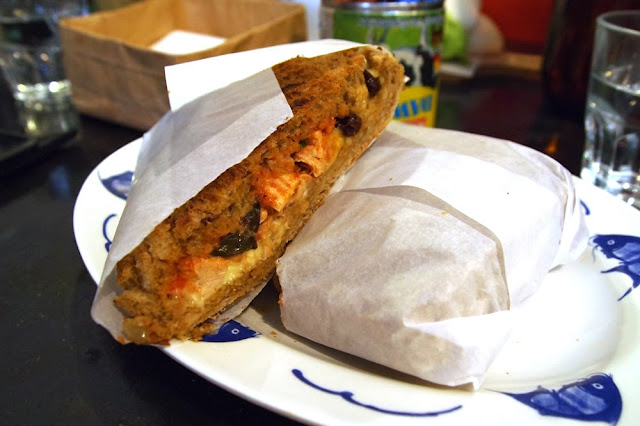 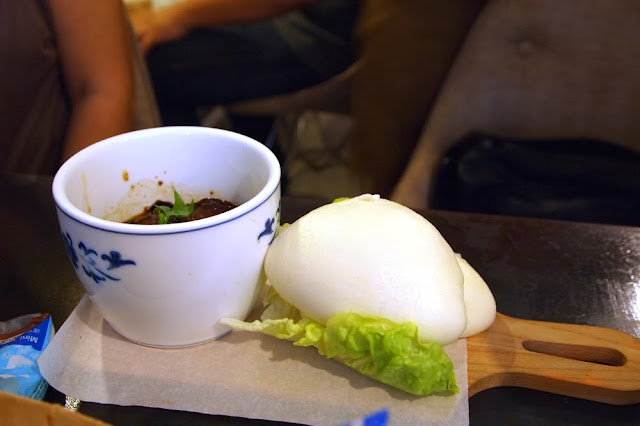 We started our day at Forty Hands. We met at Outram Park MRT and took a walk over. Quick note – just take a walk from Tiong Bahru MRT, it will be soooo much faster. But we got there alright, so no complaints. Plus the weather has been pretty lovely, rain aside, so it was a nice walk.

My cousin and I shared a Jamaican Pork Toastie (which is basically toasted bread), and it reminded me so strongly of what I used to eat whilst on my trip in Melbourne.. The bread was warm and soft and the sweetness of it mingled so well with the savory of the meat. The meal was pretty large though, and I actually struggled with my half…

My family had the cafe latte but I didn’t join in.. Apparently it’s quite tasty to them! I had some and found it just alright but I am no coffee aficionado, don’t take my word for it. It did have an interesting caramel undertone though which I quite liked. But besides that it was just “ok”. 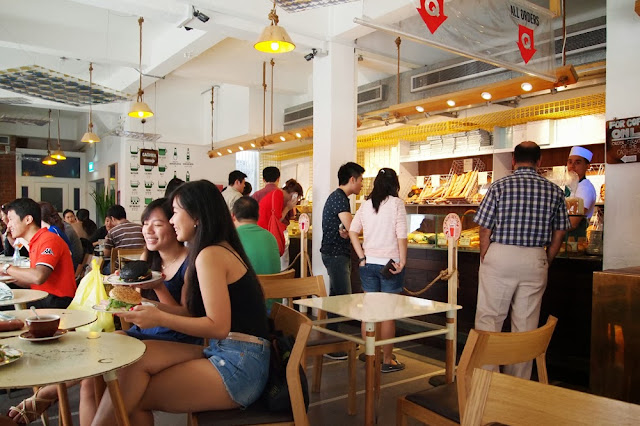 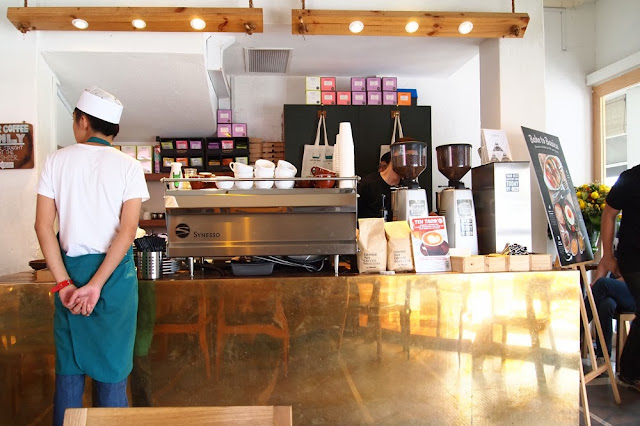 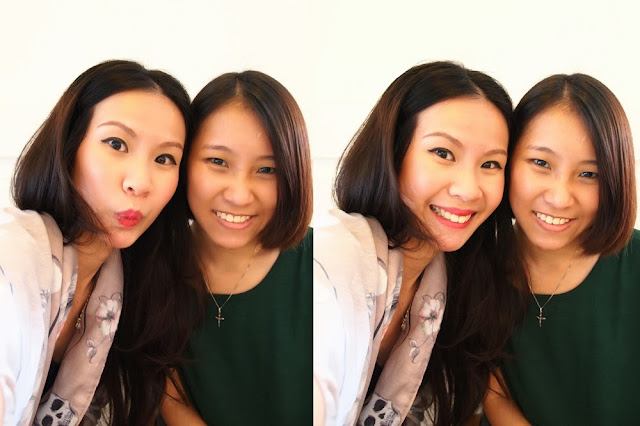 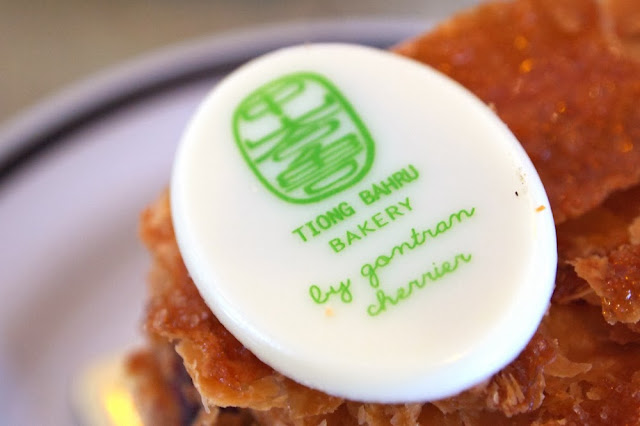 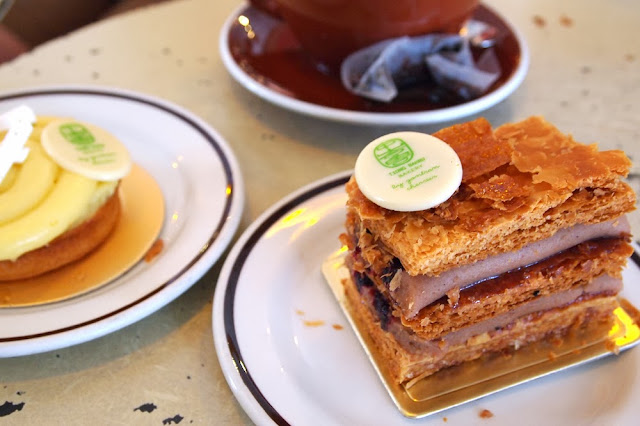 Thereafter, we took a leisurely walk over to Tiong Bahru Bakery. We did stop at the market for awhile to buy some clothes (hey they have pretty decent stuff if you bother rummaging!!) and ended up spending about $100+. Who said market clothes are cheap!? We probably got ripped off and didn’t even know it but oh well. *Shrugs*

Anyway we made our way to the bakery at about 1-2pm, and looking back now that wasn’t the best timing because of the lunch time crowd. We had to wait about 10-20 minutes for a 4-seater table; but no complaints there because it had an amazing view by the window and of the food. We ordered (well my aunts ordered) a Berry Mousse Puff, a Ham and Cheese Quiche and a Lemon Tart.

Once again, as I am no coffee aficionado, I am also no food critic. I cannot say for sure what is truly spectacular or whatever, but I do think the quiche is a must-try. The flavors are strong without being overpowering and would match a tea quite well. We had a Earl Grey and Lavender tea which was very lovely! 🙂

Nana and the Bird 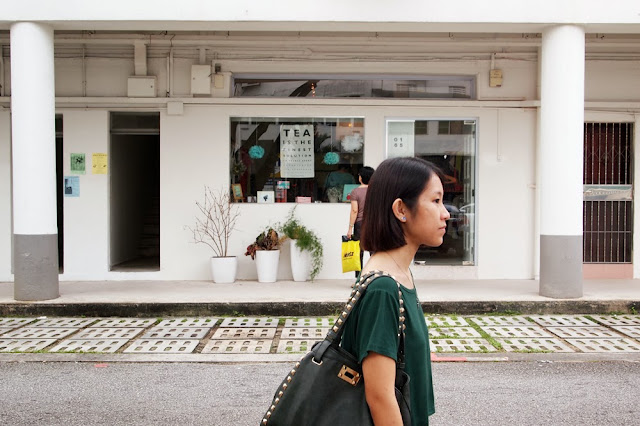 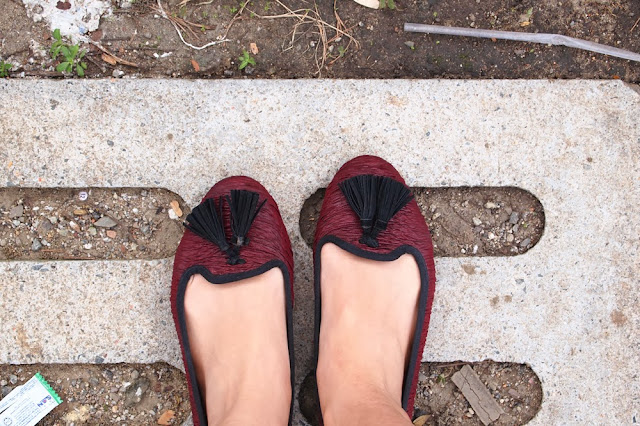 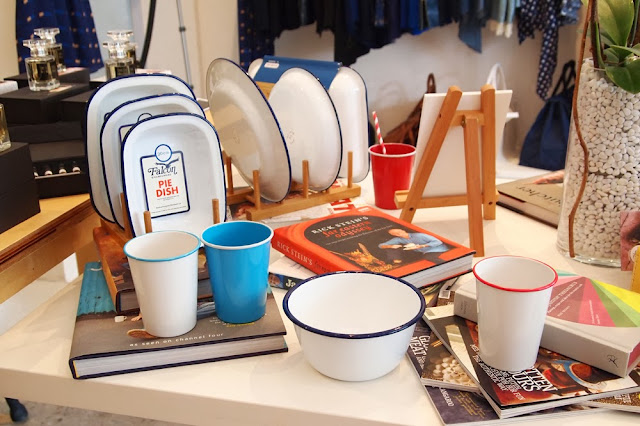 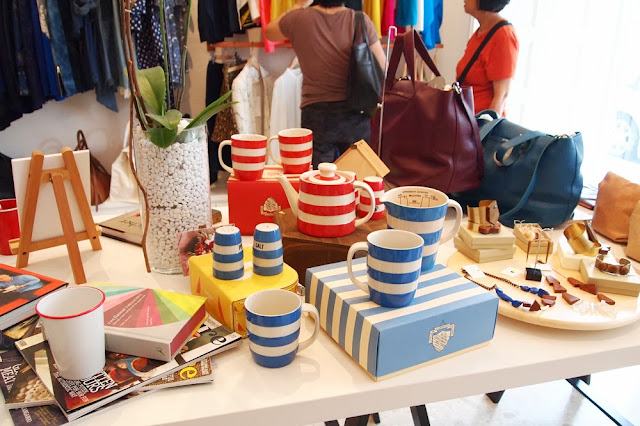 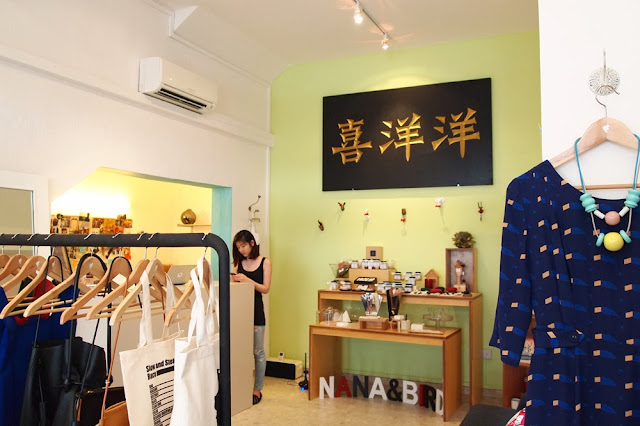 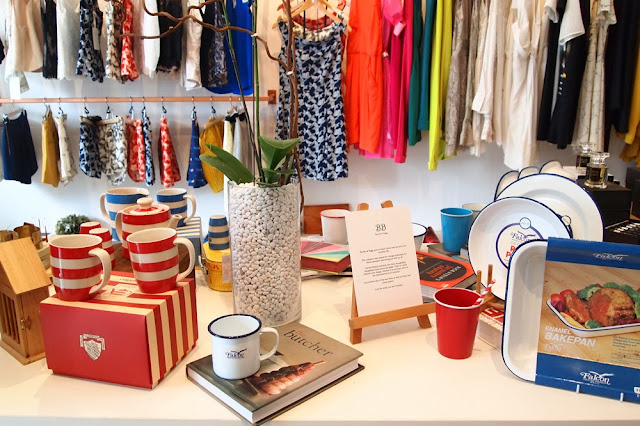 As we wandered off.. we passed by this shop called Nana and The Bird. It reminds me a little of Rockstar by Soon Lee actually! Pretty jewelry, eclectic range of apparel and bags, along with some quirky knick knacks here and there. It doesn’t hurt that the shop has amazing lighting, which just makes everything look 100x more amazing.

You know what I mean right? Like a pair of shoes just looks like a pair of shoes…. but in the right environment with exceptional lighting and placement, suddenly it becomes a must-have. And then you go home and put it in your shoe cabinet and go like “hmmm.. why does it not look as appealing?”

Anyhoo, they’e having a pretty great Christmas sale going on now for their range of Aijek clothing, so drop by if you’d like to buy one-of-a-kind gifts for your loved ones! 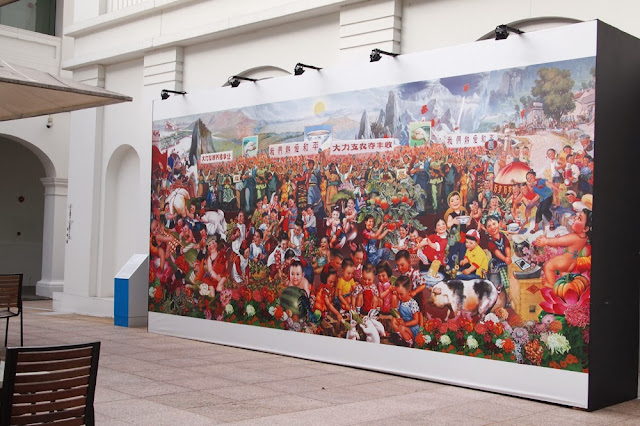 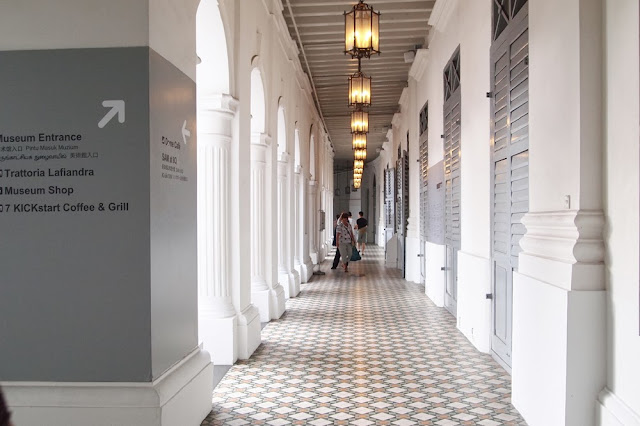 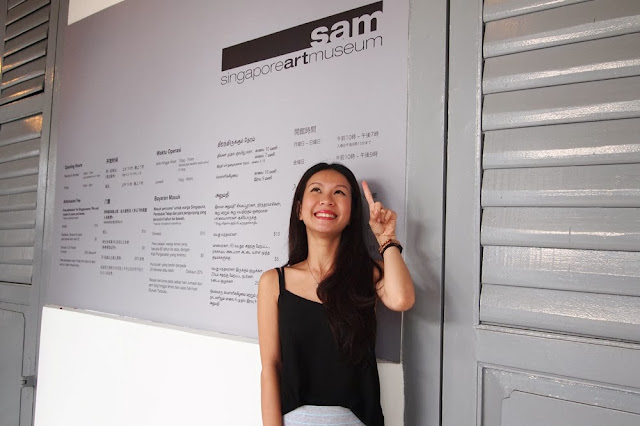 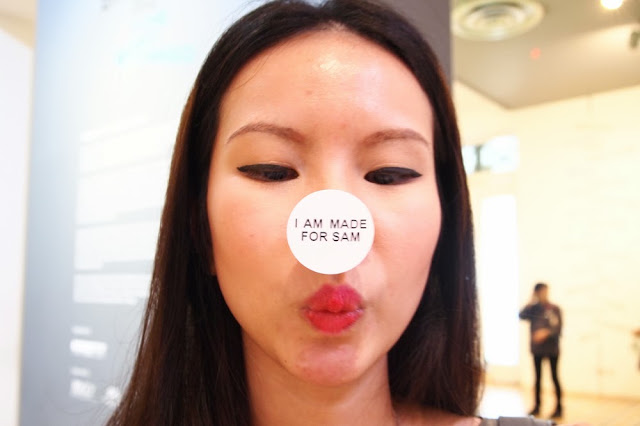 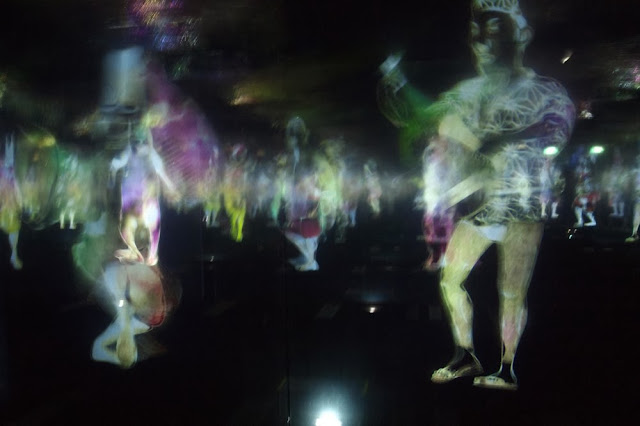 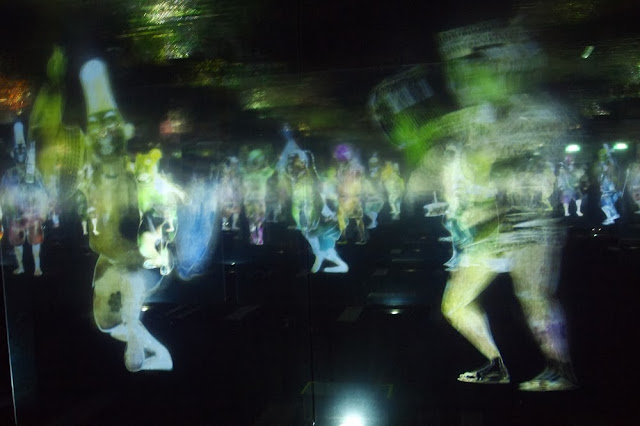 We later took a train, or rather 3 trains, down to Bras Basah and got out at the Singapore Art Museum. We had another quick bite at DOME but the lighting wasn’t great so I didn’t use the photos.

We went to see some of the Biennale artworks, some of which were rather creepy, but otherwise the rest were really beautiful. I really liked the paintings and some of the installations, which I featured above. I felt that there was a lot to take in and learn from. Some art pieces, naturally, left me a little confused… but then a lot of fine art pieces do that… lol.

I loved one particular installation on the 3rd floor which was basically a dark room with an amazing amount of glass panels, mirrors and projections. It was like a virtual orchestra in front of my very eyes. My aunts, cousin and I just sat on a bench inside and took it all in. It was really calming. If you girls are looking for a different kind of date out with your other half, why not try the art museum? 🙂 There’s always so much to see. 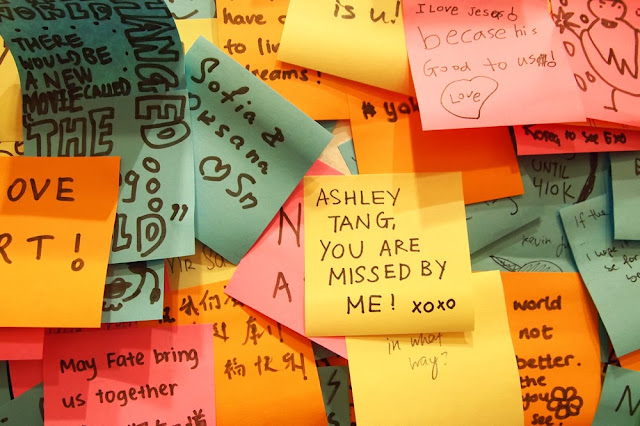 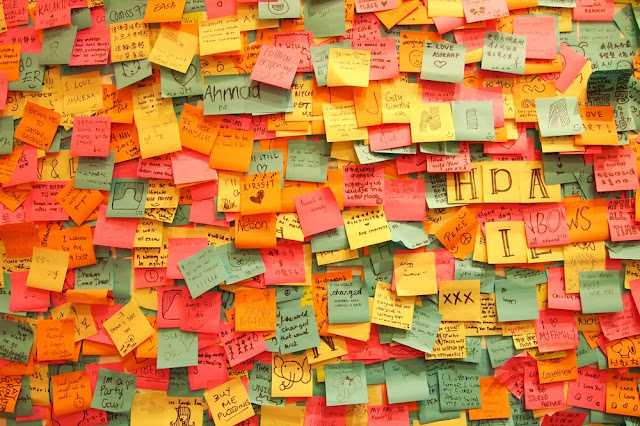 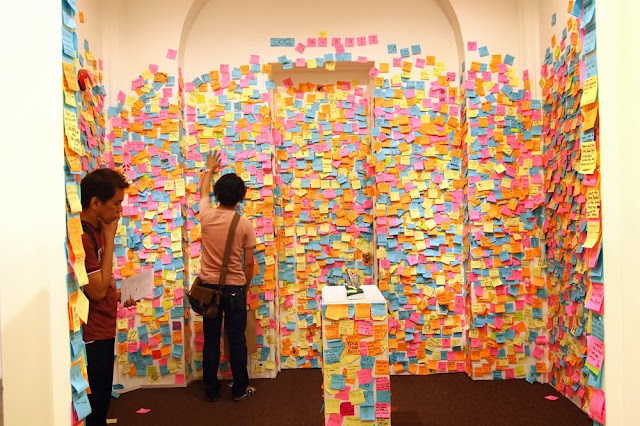 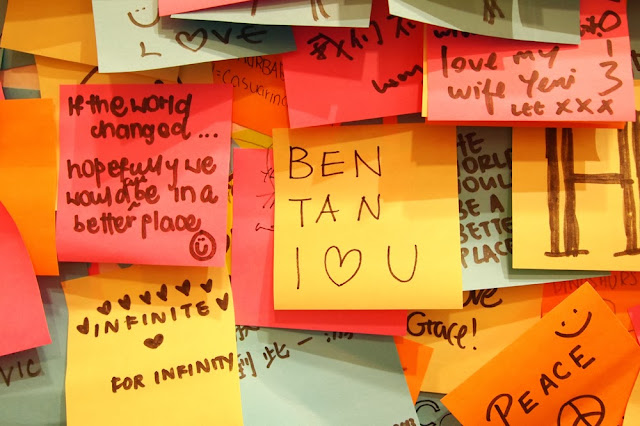 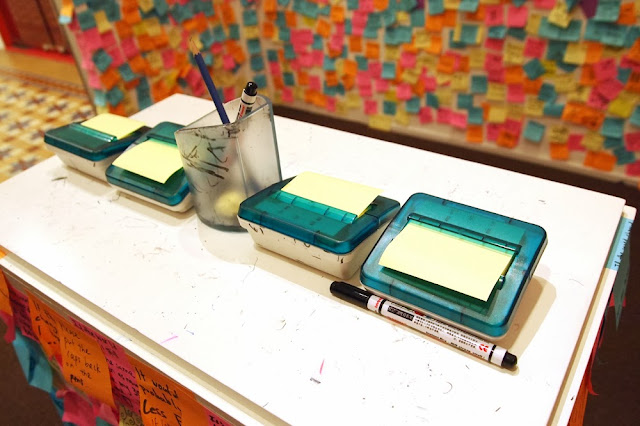 P/S: There’s this room filled with post-its and you are apparently supposed to fill in the blanks of “If the world changed/ended…” to whatever you wanted. Now, the silly in me did not know we had to do that.. -_- So instead I wrote love notes to Ashley and my boyfriend. I immediately felt stupid after what I did but it was a little too late… sooooooo yeah hahaha.

Anyway that was about our day out. I had to rush home for a family dinner after!

Hope you enjoyed this post! 🙂 Sorry there really wasn’t a lot of food places, we might be going for another one again soon because one of my other aunts was ill and couldn’t join us! So if you’ve any places in mind to recommend, do leave a comment and I’ll see if we can go check it out.

Read More
BBeauty
Hi thurrrrrr, if you’ve been following us on Instagram, you’d have seen that my beloved blogger friend FatHouseCats…

Read More
BBeauty
Hey dears, I’m here to share some products I’ve really really been enjoying lately! As a 25 year…
BBeauty
Calling all DIY brides - Learn how to make a DIY diamond wedding card box.
BBeauty
My latest feature on MTV FORA involves one sweat sock, two elastics, and a handful of bobby pins. If you love the look of a big and beautiful bun, this DIY is

Read More
BBeauty
Hey guys, As many of you know, we’ve been running this blog for about slightly more than a…