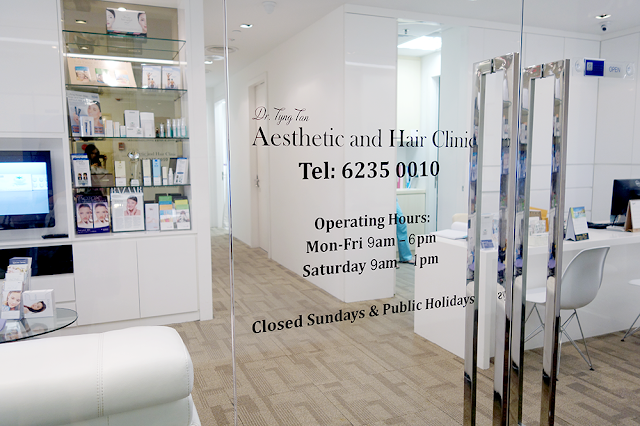 I recently went to do something I never really thought I’d do… which is, obviously from the title, a Fat Freeze! I know that there are a lot of negative connotations surrounding fat freezing, or what people refer to as “extreme aesthetic procedures” in general, but I would like to dispel that with this post! In fact, I myself used to be quite hesitant about Fat Freezing, otherwise also known as Cool Sculpting: but as time went by and it was harder to lose that horrid lower belly of mine, I knew I had to take action. 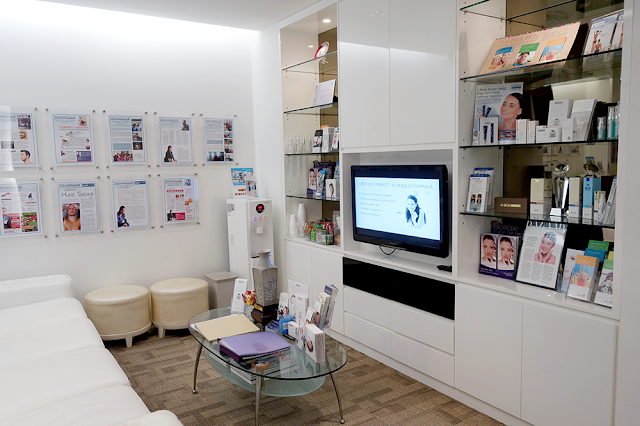 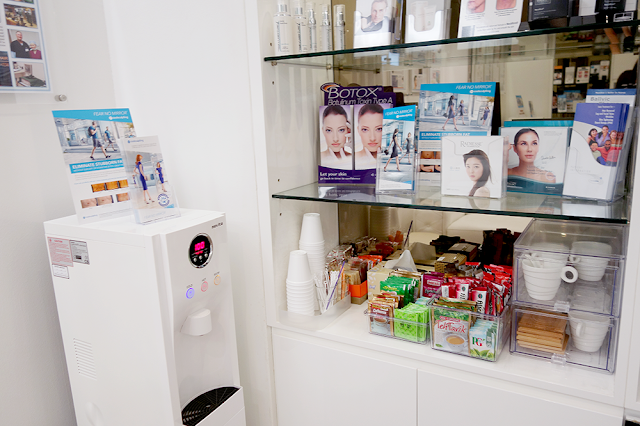 Upon entering the Aesthetic and Hair Clinic, the first thing you’d probably notice is how immaculate the whole area looks. Everything is white, sparkling clean, and neatly arranged. As I sat down to take photos, I was just in awe the whole time.

I especially love how there’s an area for you to make your own drinks as you wait! I know some of us can be a little embarrassed to ask for drinks when we’re in clinics – so this definitely gets rid of the awkwardness. Just stand up and simply get yourself a beverage! 🙂

Now, on to the wonderful Doctor that got me started on this journey… Dr. Tyng Tan! I won’t bore you all with her many many many achievements but I will say one thing that really won me over was how caring and attentive she was. I explain more later below, but we all know just how important it is to have a doctor who shows concern right? It’s important to want to open up and discuss issues openly, which is what I think every doctor should make a patient feel.

CoolSculpting technology uses a patented cooling process called Cryolipolysis to target and eliminate fat cells. This non-invasive procedure is highly effective in selectively targeting fat cells without damage to other cells and tissue. Other treatments that have preceeded coolsculpting include the use of laser, sonic waves or ultrasound. But the problem with most of these treatments is that it can burn, harm, shatter or extract non-fat cells. These procedures may also take more time to heal, which is something that most patients don’t need.

Developed in 2005 and backed by strong clinical research, CoolSculpting is based on Cryolipolysis- the use of precisely controlled cooling to remove fat. Coolsculpting combines efficacy, convenience and safety. It is an FDA-approved non-invasive body contouring procedure available to patients with no scarring, less bruising and swelling and no downtime. There may STILL be some soreness and bruising, but really nothing that anyone can’t deal with.

It takes approximately 2-4 months to see results. More treatment sessions will help you get rid of the critical inches that you have been having trouble dealing with for the past few months or years. The fat loss will be permanent; because we typically don’t grow fat cells as adults once it is destroyed. HOWEVER, it is still possible for you to gain weight and have that same area increase in size due to the enlargement of fat tissues.

I must admit I’m a little irked out by these pictures of my ponch lol. I usually hide my lower belly pretty well because I’ve got a long body, so by wearing crop tops and high waisted skirts, no one has figured out I’ve got this chubby little secret.

What sucks most is that the lower belly is extremely easy to gain but darned hard to lose. I’ve known people close to me who DO exercise regularly and yet find that area refusing to budge at all! The worst is having desk jobs, because you’re seated all day…. so guess where the fat all collects? It’s really demoralizing sometimes because I’m aware that I’m generally slim, and yet I just can’t wear those pretty midi bodycon skirts or dresses for fear of people seeing this unwelcoming bulge……. Once you stare at this in the mirror long enough, it’s going to drive you to do what I did.

I didn’t get a picture with Dr. Tyng Tan, which I totally regret! She was so warm and friendly, and it was so great to talk out my issues with her. Normally, when I tell others I’ve got a belly, they either brush me off or roll their eyes at me – not Dr. Tan though. She listened and prodded, and even suggested a stronger suction in my case so the results would be more obvious*.

* The amount of fat needed in Fat Freezing normally ranges at above 1 inch when pinched, but mine was slightly below or close to 1 inch, so Dr. Tan said my results may not be as significant as others who have more fatty tissue. 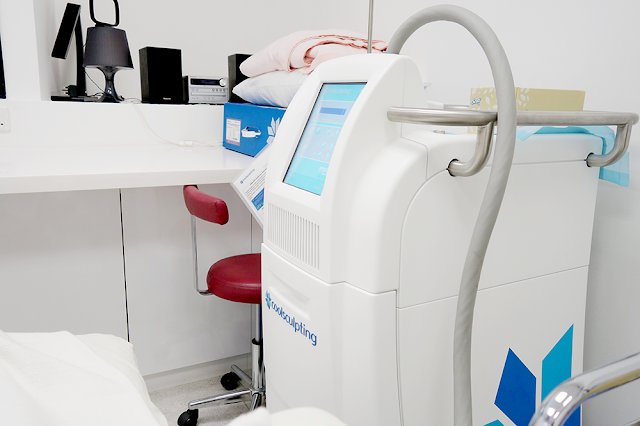 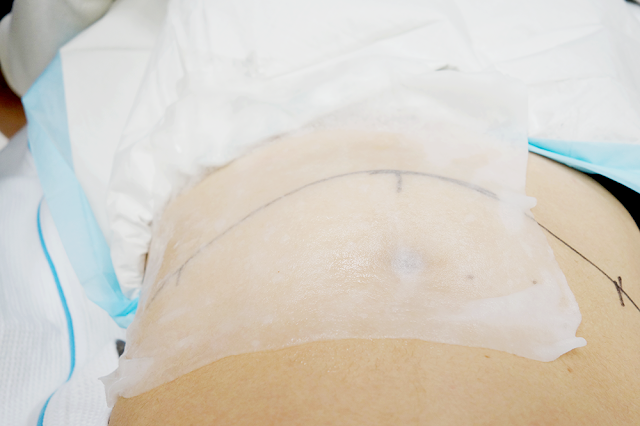 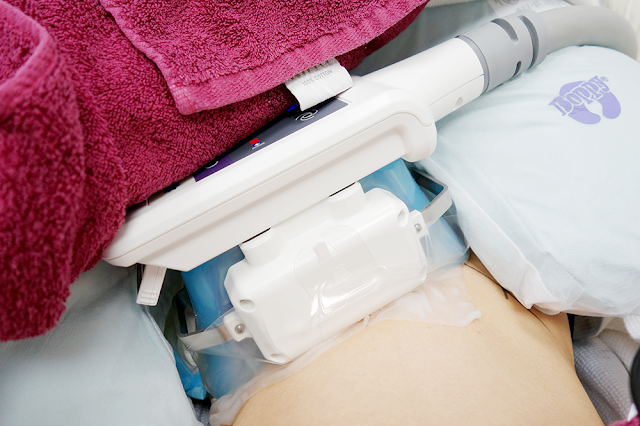 As seen above, that is the Cool Sculpting machine! The picture below depicts the “problem area” drawn out and a cooling gel layer placed over for protection of the skin… but I know I know, technicalities aside, what everyone wants to know is HOW IT FEELS. Right? 😉

When the suction above was first placed above the left problem area (total areas targeted were left and right of my ponch), I felt like I was being sucked up a vacuum haha. The force was considerable, so I was half expecting pain and discomfort. Instead, I felt more breathless, like I had sucked my entire tummy in.

This feeling dissipated after 2 minutes, and thereafter the area felt totally normal. Maybe it was numbed by the cooling sensation within the suction, but I was fully comfortable. 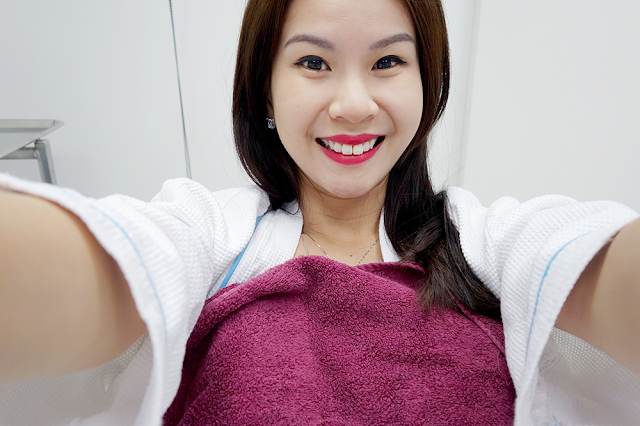 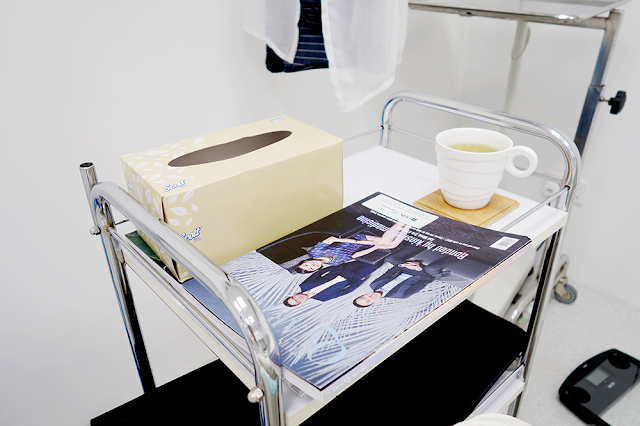 In fact, I was so comfortable I had time to selfie, drink green tea and read a magazine.

The only issue I faced was a sudden scratchy throat and my coughing made me feel like I was pulling out against the suction and that hurt slightly. So my advice to those who may experience an upcoming coughing bout is: drink whatever is next to you ASAP. I realized that by gulping down my tea, the need to cough disappeared completely and I was fine after.

I was given a button to press in the event of discomfort, but I only pressed it once when my back started to hurt due to bad positioning on my part. When I settled in, I even opted for a nap.

For the curious cats, here is what it looks like getting the suction removed after an hour on one side! Beside the area has been sucked into a compact area, the swelling looks firm and concentrated. It’s also red due to the cold.

Don’t worry though. because the nurse comes along to massage and flatten the area out before moving on to the other side. 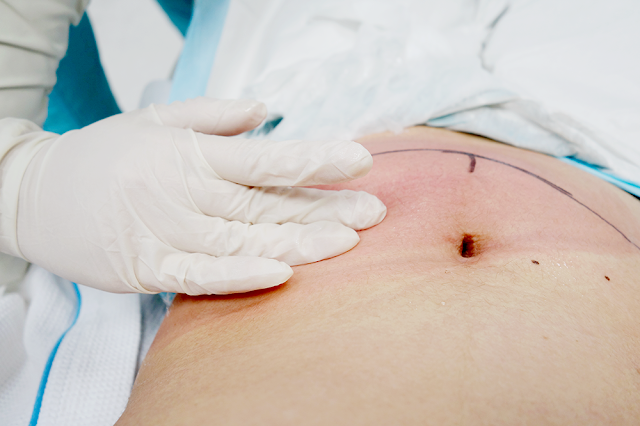 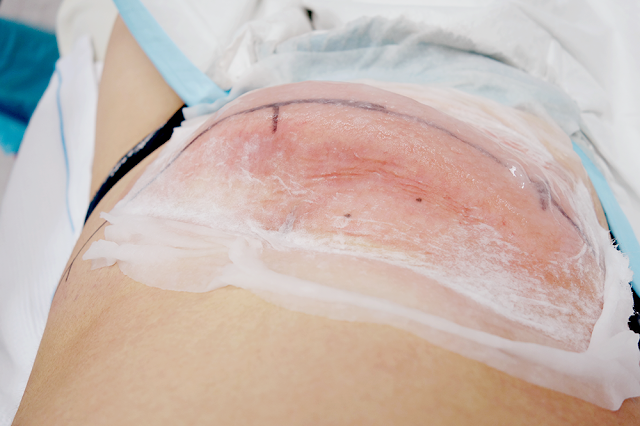 I don’t know if you can tell, but my right side CLEARLY has more fatty tissue than my left *depressed*. It was a HUGE lump and I was pretty shocked! Still, couldn’t help but feel happy deep inside because I could finally say bye to the pesky fats that have absolutely refused to move out of my body.

The whole process went over much quicker than I expected, and I think if you brought a book to read or maybe some shows on your iPad, time may even just fly entirely by. 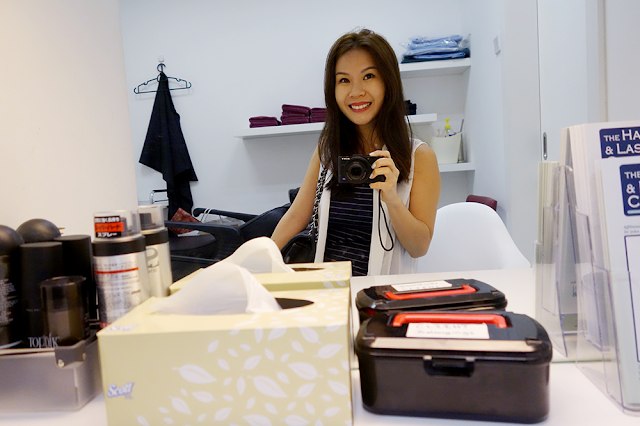 There’s an area for patients to get ready/touch up after their respective procedures because some do drop by during lunch and run back to work after! I find this a great addition to the whole experience – who doesn’t like extra thought in service afterall? 😉

In all honesty, I did not bruise much. I did bruise a little, yes, and I was so sore the first 3 nights that I couldn’t sleep in the fetal position I normally lie in, but bruising was actually really quite minimal.

It helped greatly that Dr. Tan gave me a slimming gel to apply as well after treatment because it was minty and cooling to the touch: it made my lower belly feel less sore and bruised.

The picture I took above is ONLY 3 days after, and I find that my healing went considerably well and quickly. I’ve read cases of people with bruises and soreness for MONTHS after, some even experienced numbness. Thank God though, I experienced only a fraction of all that. I must say, I’m pretty daring to even have flown off to Phuket a day after the Fat Freezing haha! Though that shows you that it’s really fine to move around after. 🙂

Dr. Tan told me mine might take 3 months to see my final result, so fingers crossed and I’ll reveal those pictures when the time comes!

Disclaimer: This treatment has been sponsored for my consideration, but all views and opinions discussed here, as always, remain honest and unbiased.

Oral B has the perfect gift for Father's Day!

Read More
BBeauty
I think the term “eyebrows on fleek” got invented some time this year, and I never really felt…

Read More
BBeauty
Hi lovelies! Not only do skin care products play an important role in contributing to the outlook of…

Read More
BBeauty
Hi lovelies,Wowiee did December go by really quick, it felt like it wasn’t too long ago that I…

Read More
BBeauty
Hi thurrrrr, as you all know, I face tons of issues with my hair. One is because I…

Read More
BBeauty
disclaimer: comb is not included in the set For awhile, I’ve not been a fan of hair styling…